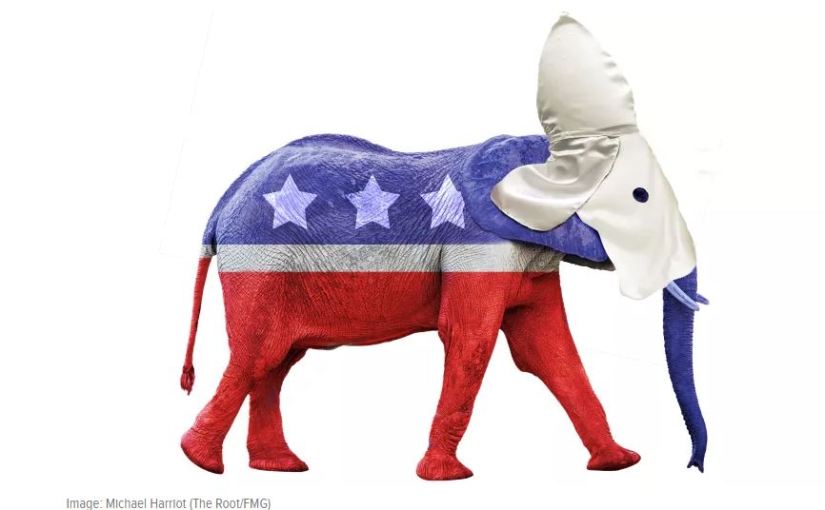 Once upon a time, on a Facebook post about the Republican Party’s personal problems, I commented something to the effect that I’d spent my life trying to be someone a Nazi would despise, and that Nazis and white supremacists are only attracted to the Republican Party. What’s up with that? What about that party attracts them?

Some stranger replied, “I can’t think of any response that doesn’t make me sound like a sympathizer.” 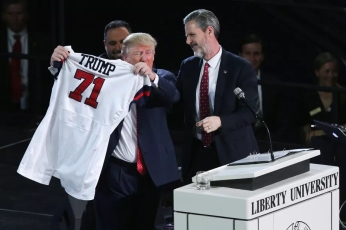 Half a century ago, William F. Buckley Jr., long considered the Father of Modern Conservatism, rejected the John Birch Society because he considered its right wing extremism, which included racism, anti-semitism and labelling then President Dwight Eisenhower a communist,  a threat to the survival of the Republican Party.

Now, even the John Birch Society is back.

The Society’s ideas, once on the fringe, are increasingly commonplace in today’s Republican Party. And where Birchers once looked upon national Republican leaders as mortal enemies, the ones I met in Texas see an ally in the president. “All of us here voted for Trump,” says Jan Carter, leader of The Central Texas Chapter of the John Birch Society. “And we’re optimistic about what he will do.” ~Politico, 7/16/17

Plainly, the impulse toward racism in the Republican Party is nothing new, it’s always been there, but wiser heads once kept it chained tightly to a post where it couldn’t overtly hurt the party. Remember just a few years ago when overt expressions of racism were shameful?

Many, if not most, of the “wiser heads” have abandoned the Republican Party because that once restrained impulse is now unchained, legitimized, stoked by the current President* and ignored by the party leadership while they loot the Treasury and steal  your Social security and Medicare.

(For an excellent analysis of how the GOP got to where it is today, I strongly recommend this by Max Boot, prominent conservative  and former editor at The Wall Street Journal: The dark side of American conservatism has taken over.)

Yes, the Republican Party attracts  the most vile, visceral and dark expressions of human nature. But it had, until now, suppressed  it, compartmentalized it, and dismissed it just enough to keep the party from self-destructing and allow members to be able to claim that they were members, but not one of them.

But it would seem that William Buckley’s status of the Father of Modern Conservatism is at an end, as is his temperance. The new father?

Members of the Republican Party can no longer hide behind a party that once kept its monster locked in the basement, because that party no longer exists.

And so, there’s no way to justify that membership without sounding like a Nazi sympathiser.

As I write this, the midterm elections are sixteen days away, and the Republican Party, now an extremist organization driven by racism, has been employing every corrupt practice known to maintain and solidify power.

This is the most important election in the history of the United States.

Vote as if Democracy and the Constitution depend on it. They do.